Getting back into the news 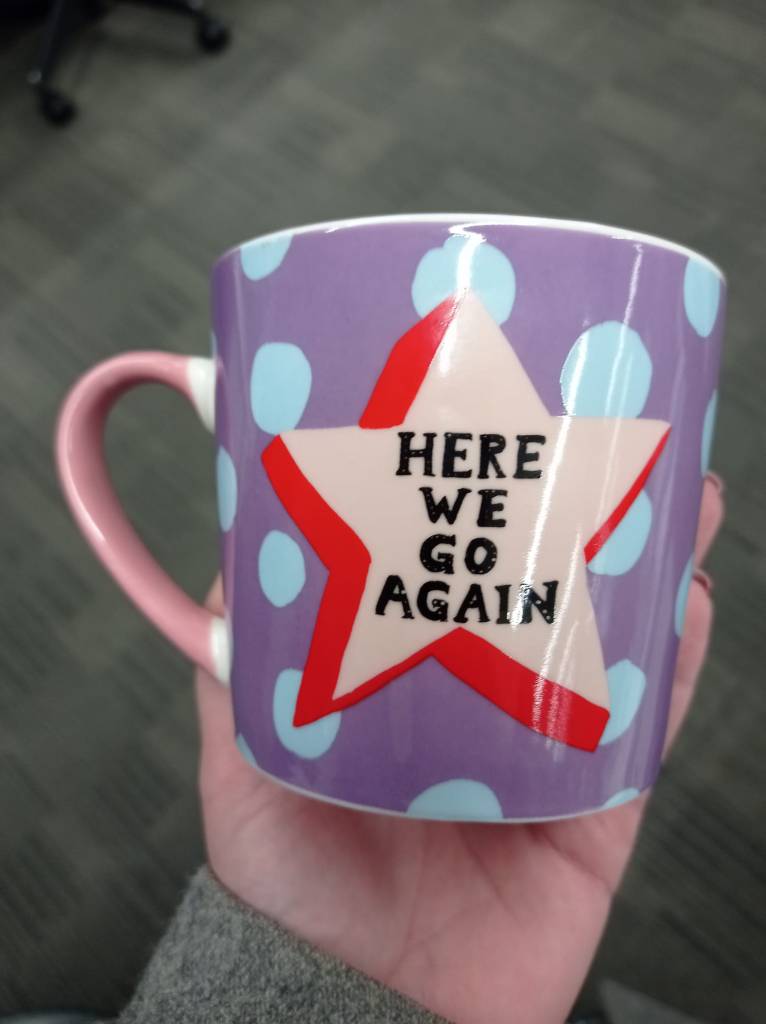 Sarah Collins is Global Radio’s deputy regional news editor in north-west England and recently wrote this blog on how she felt about going back to work in January. With Sarah’s permission, we’ve shared her blog below.

It’s taken me days to figure out what to write. Every time I’ve come to type I’ve hit a great big bloody wall after three sentences, deleted and closed my laptop.

Today the fog has lifted slightly thanks to an early, snowy, walk and a bit of Kate Bush and The Cure for inspiration.

I was debating a 2021 goals post, but I’m not one for that kind of thing. It’s not to say I don’t have ambitions, I’m just not going to beat myself up over not achieving them by 31st December 2021, as Doris Day would say: “What will be, will be”.

So, we’re three days into 2021, tomorrow’s the big return to work – or my makeshift office at home to be precise.

Over the Christmas break I made a big effort to avoid the news, I haven’t listened to it, watched it, I’ve turned notifications off, ignored emails and really tried to have a media black-out. On the whole I’ve managed fairly well, last Wednesday’s tier announcement aside, it’s novel for me to ignore it, I love the news and am obsessed with it.

It was needed, working as a journalist over the past year, has been relentless.

I could feel myself crawling to Christmas Eve.

I watched a Boris press conference on the Monday of the final week and hit my 2020 wall shouting, “I can’t watch another one these”.

I wasn’t alone, I could see colleagues sharing the same sentiment on Twitter. The run up to Christmas in radio is normally a lot of fun, it’s quite nice and relaxed, there’s usually loads of chocolate and it’s a bit of a wind down. 2020 did not let up – it even threw in a Brexit trade deal on Christmas Eve.

In short it was all feeling a bit stressy (again). There’s always been those days and weeks in journalism, there always will be but not on the same scale as the past year.

I’ve always been rather blasé about what I do for a living, I know it’s important, but I’ve never seen it as especially difficult…

STRANGER: “What do you do?”

I stand by that statement, my job isn’t like going down the pit, it isn’t physically demanding, it isn’t life threatening. There are people working far harder than us in the NHS.

Most of the time journalism isn’t hard and it’s a lot of fun. It can and often is mentally and emotionally demanding – spoiler alert: we’re all human with some degree of empathy.

Every piece you read about caring for your mental wellbeing during the pandemic advises you to “limit your news and social media consumption”. That’s great, but can someone explain what exactly you’re meant to do when you’re paid to be on top of the news and report events to other people?

How are you meant to put your own worries and fears to one side to get the story? We all know that everyone has been affected personally and professionally by the pandemic, journalists are no different.

Covering the North West since mid-October has been manic. My first day back off holiday saw the Manchester row kick off – it feels like a different lifetime now – and I don’t think it ever stopped.

Last year has been the toughest and most challenging of my career. I’d say it’s made most of us question at some point if we can do the job and if we actually still want to. My answer is yes to both, though I won’t lie and say I haven’t considered whether it’s time to bail and do something different or buy a plane ticket around the world (Covid screws that over).

So, what keeps me in news?

I bloody love it is the short answer.

Those days where you’ve been meaning to go to the toilet for three hours and have forgotten to eat are some of the most satisfying.

It’s exciting when a story breaks at 5:30pm on a Friday afternoon and the team gets to work on making sure there’s enough reaction – though if the North West could refrain from this new trend for a few weeks that would be great.

Getting an exclusive is still a buzz.

There’s something to be said for getting home after a day on the street reporting on a breaking story or a big event and knowing you’ve done a bloody good job.

Sat here on a Sunday preparing for the return to work, I know we’re starting with the same story. The schools row shows no sign of abating until Boris eventually announces another lockdown – my money’s on Thursday for the latest U-turn. It can feel like it is a constant treadmill of delivering bad news, reacting to a story and at some point figuring out how it affects you but there are still lighter, funnier stories too and we’ve seen some great examples of that throughout this whole thing.

I said 2020 had been the most challenging of career but it’s also been one of the most rewarding. It’s pushed me out of my comfort zone unlike any other year, it’s made me think on my feet and given me the chance to report more (albeit very differently). I’ve still been able to find original stories and still been able to build relationships with contacts. It’s also forced me to get better at video editing.

There’s so many stories to be told, I’m excited for the year ahead. I did a couple of interviews for future stories before the break, they were the kind of interviews where you know that you’ve got a good story. They’re emotive, important and they aren’t bloody Covid-related – praise the Lord.

The early part of the year might look bleak, there’s still plenty of twists and turns to come but I’m sure we’re edging closer to getting our lives back.

It’s not Boris I’m trusting, it’s Kate Bush (who else). While I’ve been writing this, Cloudbusting came on. I’m choosing to believe her lyrics: “I just know that something good is going to happen”. If I – an eternal pessimist – can do that, you can too.