Why I set up newsbreak 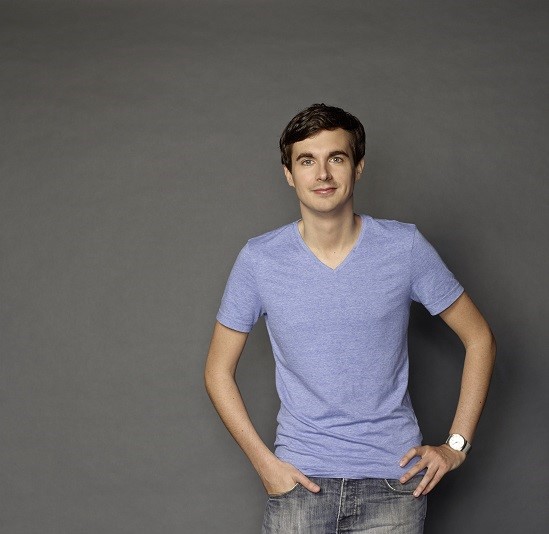 Tom Hourigan – a senior journalist at BBC News – set up newsbreak at the start of 2021. Here, he explains why.

For more than a decade, I’ve been living with health anxiety – a condition that was unhelpfully dismissed in the past as hypochondria. At times, it’s been irritating; other times, it’s been completely debilitating.

I could write a book on how it’s affected me, but in a nutshell, this was the usual pattern of events for a long time:

The low point was waiting for the results from one particular set of tests where something was found. I’d have bet you any sum of money that I’d be told I had cancer (I didn’t), and in anticipation of the grim outcome I was expecting, I was repeatedly sick and trying not to pass out in the reception of Charing Cross Hospital.

I couldn’t keep on living my life like that. I went through multiple rounds of therapy, then – in the autumn of 2019 – started taking medication. I’m now in control of my health anxiety, rather than it controlling me.

The timing of this change in treatment turned out to be pretty fortunate, as – just a few months later – almost every minute of my working day became consumed with the most serious health event the world has seen in a century.

Within a couple of weeks, thoughtful friends started enquiring: “how are you balancing your anxiety with all this coronavirus news?” I wrote about it here last March. Little did I know that this story would still be dominating my work life almost a year later.

Weirdly, I’ve been less worried about the virus itself and more concerned about what would happen if I was diagnosed with one of the serious diseases I’ve been concerned about in the past, and couldn’t get treatment because the NHS was (understandably) prioritising Covid care.

The bigger issue has been fatigue. The volume of bad news my colleagues and I have had to process and impart to a national audience has been gigantic and unrelenting. I accept that it’s part of the job, but we as journalists have never lived through something like this and been expected to keep on top of it, just like we would any other story. I’ve often come home completely exhausted, then stayed glued to Twitter for updates in my downtime. I’m writing this during a week’s annual leave – and a few days ago, I felt so dispirited about the news/ceaseless lockdowns/lack of things to look forward to/going back to work to cover further Covid crises, I didn’t get out of bed.

And here’s the thing: I’ve not shared these concerns with colleagues in the newsroom. I’m absolutely certain they’d listen, but I’ve kept quiet. Similarly, I know some of those colleagues are going through their own mental health difficulties. But they’re not talked about – and frankly it probably feels much easier for us all, when asked how we are, to reply with “OK”. It’s anything but.

10 months into the pandemic, it’s time we – as journalists – started having a frank, no-holds-barred conversation about our mental health and what we’re doing to manage it. I hope newsbreak can act as a platform for that conversation. I’ve been completely blown away by the response I’ve had since announcing I was setting this up, which goes to show that we really do need to talk about our wellbeing.

Importantly, I want newsbreak to be a resource for all journalists. Whether you’re in a staff job or freelance, still going into the office or working from home, at a national broadcaster or local paper, a veteran or still in training, I want to share your stories and – hopefully – give you useful information in the process.

Thanks for taking an interest in newsbreak, follow us on Twitter, and be part of the conversation.